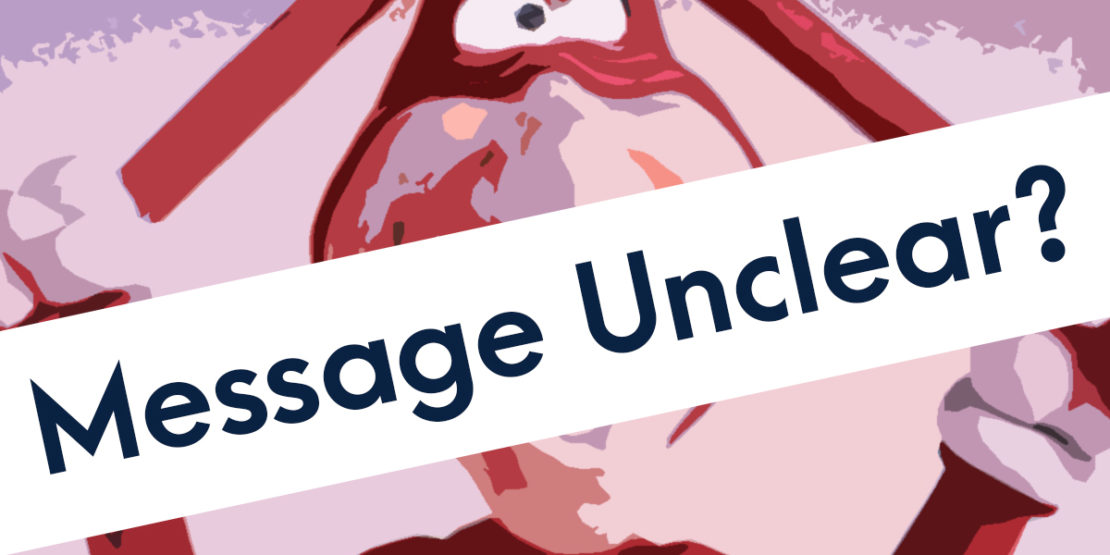 Essential Marketing: Make Your Message Clear (or Avoid the Noid!)

Watching advertising, especially with the sound down, is an interesting exercise to determine whether an advertiser’s message is clear or not. Ideally, you should be able to watch a commercial on mute and understand the gist of what is being communicated by the advertiser. Try it sometime!

Recently, my attention was caught by Domino’s new commercial featuring the return of their 1980s mascot character, the Noid.

The commercial features a CGI version of the iconic red suited “spoiler” of the 1980s who continuously tried to wreak havoc on the delivery of your desired Domino’s pizza.

Back in the 1980s, the Noid was definitely a thing! He even received his own “Avoid the Noid” video game. Quite the example of effective branding. The message was clear, Domino’s will do everything in their power to deliver your pizza in a delicious, edible form. They’ll Avoid the Noid for you! Hooray!*

And while I recently watched the delightful Tom Brady/Gronkowski T-mobile commercial on mute and was compelled to rewind and turn the volume out to see what was going on, this new Domino’s Noid commercial baffled me.

The Noid in this version tries to prevent Domino’s from the successful implemention of its (in testing) self-driving delivery with Nuro’s R2 robot.

On mute, this commercial made no sense. Here is how I processed it:

“Look the Noid is back.”

“What is that wacky vehicle?”

“No driver? Is that for real?”

“Nah, Noid isn’t real. That can’t be real. Whatever, next commercial.”

Did I feel a sudden sweeping nostalgia for the return of the Noid? Alas, no… I was too confused by WTF is that self-driving thingie. (Which is, in fact, a real thing! Look out pizza delivery peeps, Nuro is coming for you.) Did I end up desiring a pizza? Not even that.

The real problem is a mixing in messages. Domino’s was trying to say “Lookie, we’re going to start using these cool Nuro things to deliver pizza!” and that even the Noid wouldn’t stop them. I would imagine their intention was to evoke nostalgia for the Noid at the same time. But the two messages at once ended up being a muddled thing that failed on both levels.

Conversely, T-mobile’s humorous take on how Tom and Gronk’s recent Super Bowl victory only came about because of bad cell service was a funny way to illustrate a problem we all have, but that (supposedly) T-mobile can fix for you. The message is clear, while at the same time being memorably delivered.

Meanwhile, Domino’s strange trip down memory lane while simultaneously unveiling a futuristic plan for pizza delivery just left me wondering… what? (And probably ordering a different kind of pizza.)

So… in marketing, make sure YOU are clear on your message before creating any advertising around it. What do you want to say? Who are you talking to? What one thing do you want them to understand? The HOW to convey it should come after, but knowing what that ONE message is will help you create the most effective marketing campaign.

*Alas, there was a controversial incident involving a disgruntled person with the last name Noid. Guns, hostage situations, paranoia and pizza do not mix.